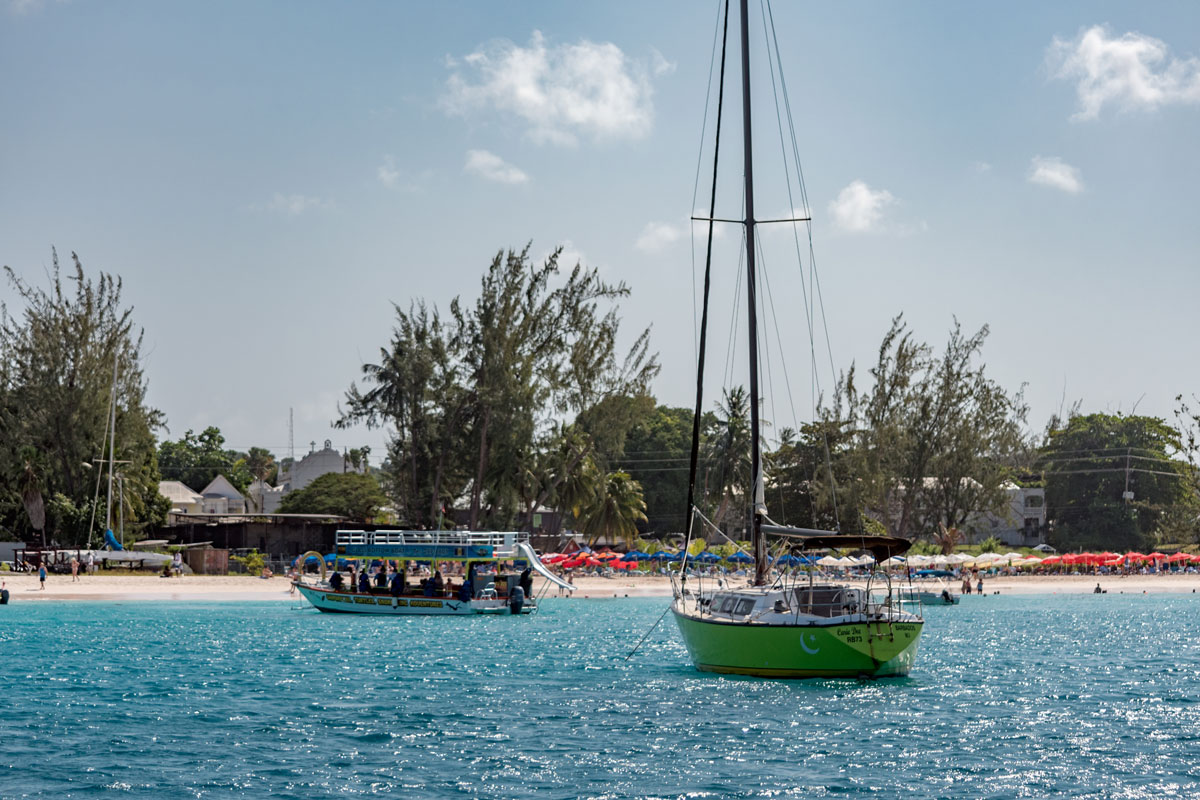 Start planning a Barbados vacation, a getaway that will have you swimming with turtles, lazing on sun-drenched beaches, and sipping rum cocktails as the sun goes down. Need more convincing? Read on.

“In the sun I will come to see Barbados”  sung by early eighties Australian band, The Models, and thirty years on, it attracts Aussies and other Commonwealth ex-pats like never before.

This southern Caribbean paradise is part of a chain of islands known in the cricketing world as the West Indies, with Jamaica just to its east. It’s a combination of the sun, its commonwealth ties, and the promise of crystal blue waters that makes a Barbados vacation feel a whole lot like home for Canadians, Australians, and the English – even Americans will fall in love with its southern charms.

For a long time, Barbados was both a tax haven and a playground of eighties excess. Serviced by British airways Concorde flying direct, pop stars would frolic with page three models on the decks of catamarans served by poor local servants – and up until recently, one of the last Concordes was mothballed as a museum piece in a giant glass hanger. It has now closed.

The disparate gap between rich and poor is as openly on display as the aging supersonic jet as our cab roars past dilapidated shanties and farmhouses that are just barely distinguishable from ruins. A balmy humidity makes the air thick and hard to breathe as the sun beats down on the corrugated roofs.

The presence of major satellite channel dishes on each roof hints that maybe the interiors are more comfortable than the exterior would suggest. Yes, it is a country with a large gap between the 1%ers and the rest, but they live a good life and the price of living here is much cheaper than where we’ve previously visited.

Once you get to the coast, you soon see what keeps people coming back for a Barbados vacation. This is tropical perfection. It’s humid, green, the waters are flawless, and the pace is super relaxed. We have plenty of exploring to do and only three days, so here’s a summary and click through for more details.

Top things to do on a Barbados vacation

With three days on the ground, we were able to see a decent portion of the island. We mixed the essentials with a few local excursions that gave us a taste for the area. If you get a chance, ride the ZR buses, go to a cricket match and join in a local party – it’s where Barbados comes alive.

There’s no shortage of picture-perfect beaches in Barbados. Expect white sands, aquamarine clear waters, and beating sun. We stayed at Worthing Beach, a quiet spot with its own little bar and colorful beach huts. It was far enough out of Bridgetown, but close enough as a base to explore the island. Explore Worthing Beach.

Go to a traditional fish fry at Oistins

The capital is colorful but edgy, lacking the charm of the smaller townships and beach communities. What you will find are colorful marketplaces and shopping as well as historic buildings dating back to the 1700s. Explore Bridgetown.

Swim with the Sea Turtles

Take a catamaran or small boat tour to swim over wrecks and come face to face with wise old sea turtles. Dive in here.

Cool down underground at Harrison’s Cave

Head inland through a countryside of cane fields, banana plantations and old ruined windmills to Harrison’s Cave The limestone caves are small and the formations are interesting, but not on the level of some of the other major cave systems we’ve visited. It still makes for a nice change from all that lazing on beaches. Head underground here.

Mount Gay rum distillery is located outside of Bridgetown, about a kilometer from the cruise ship terminals. Sample the different rums in the range or have one of the Caribbean’s best cocktail makers mix you up a mojito. Get tasting here.

We picked up a cheap stay at Worthing Beach in an AirBNB above the Guangdong Chinese Restaurant. The family have two very large rooms available and it’s a two-minute walk to a slice of paradise. Plus we were minutes from St. Lawrence Gap.

One of the best areas to dine and party in Barbados is St Lawrence Gap. Set between Dover and Worthing Beach, it’s a vibrant hub of dining and nightlife. Read more. 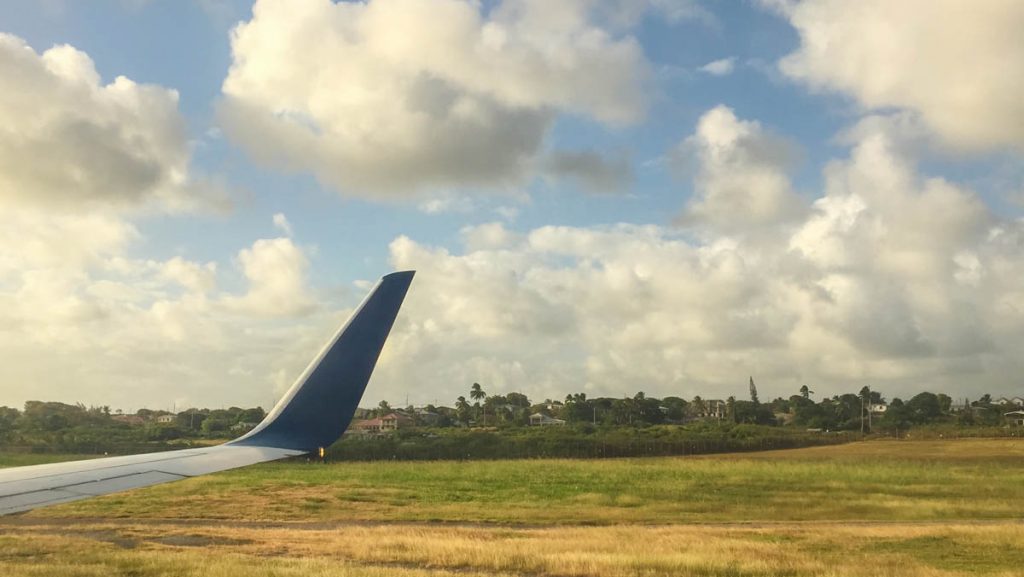 HOW we got there

We flew Delta from Newark via Atlanta to Bridgetown for $330. Not a bad low-budget escape when you’re flying almost to South America. We negotiated a cab from the airport for the equivalent of $25 – pretty standard.

HOW we got around

They are loud, smelly, obnoxious and $2 a ride anywhere – making it a great way to save money on your Barbados vacation. When you hear the air horn, hail! ZR Vans are the default bus service between beaches. There’s no seat belts, no road rules, no air and nothing but good vibes as you’re blasted by ragga and dance hall tracks, while swerving left and right, playing corners with the strangers you’re sharing the adventure with.

If you have to order a cab, they don’t run by meter. You will need to negotiate before you get in. The drivers will highball so be prepared to haggle. If you’re going into the middle of the island, there are some bus services that are cheap, but equally uncomfortable. 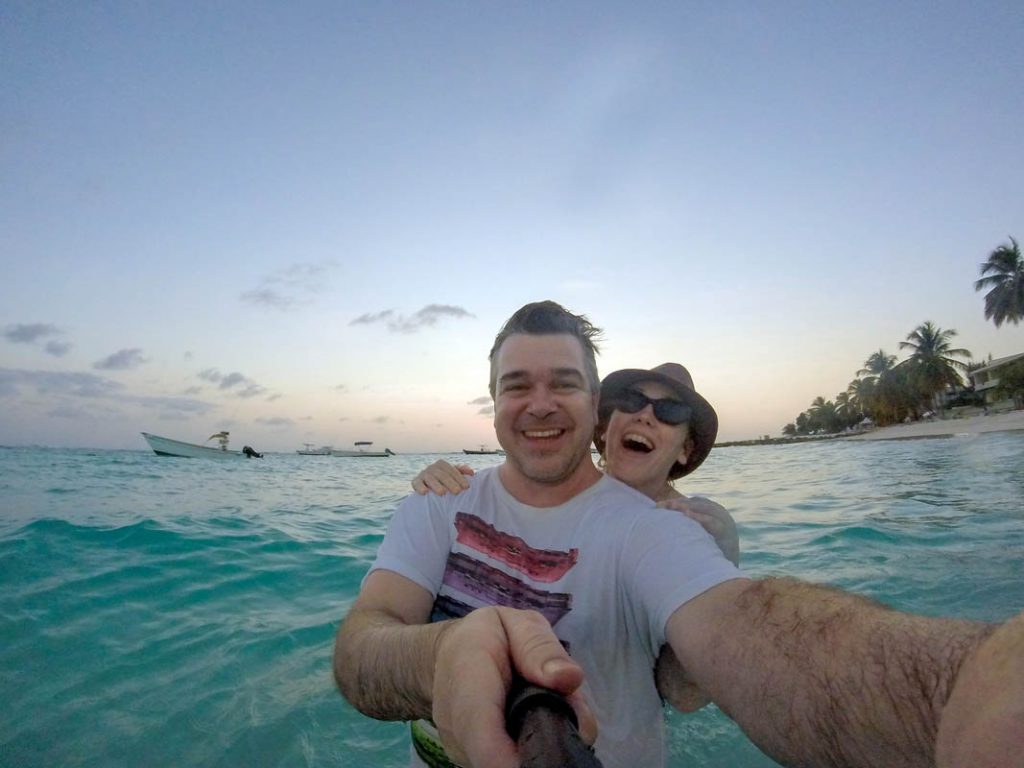 WHY would we go back?

A Barbados vacation is a dream come true: The weather, the food, the water – it’s beautiful and it’s the perfect escape from a northern winter. 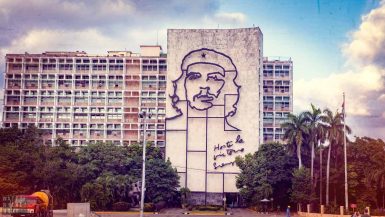 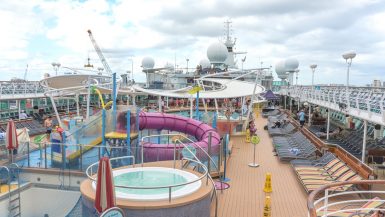 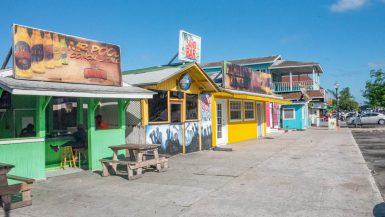 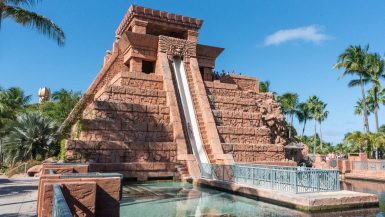 Barbados! Your photos make me want to jump on a plane and go there now (if only I could haha)! I’m so disappointed in myself for not checking out the fish fry market in Oistins. I stayed 2 minutes down the road from there a couple of months ago.

Barbados is our happy place. We’d live there if we could. It’s paradise and the local fish fries are a place where all the locals are partying.