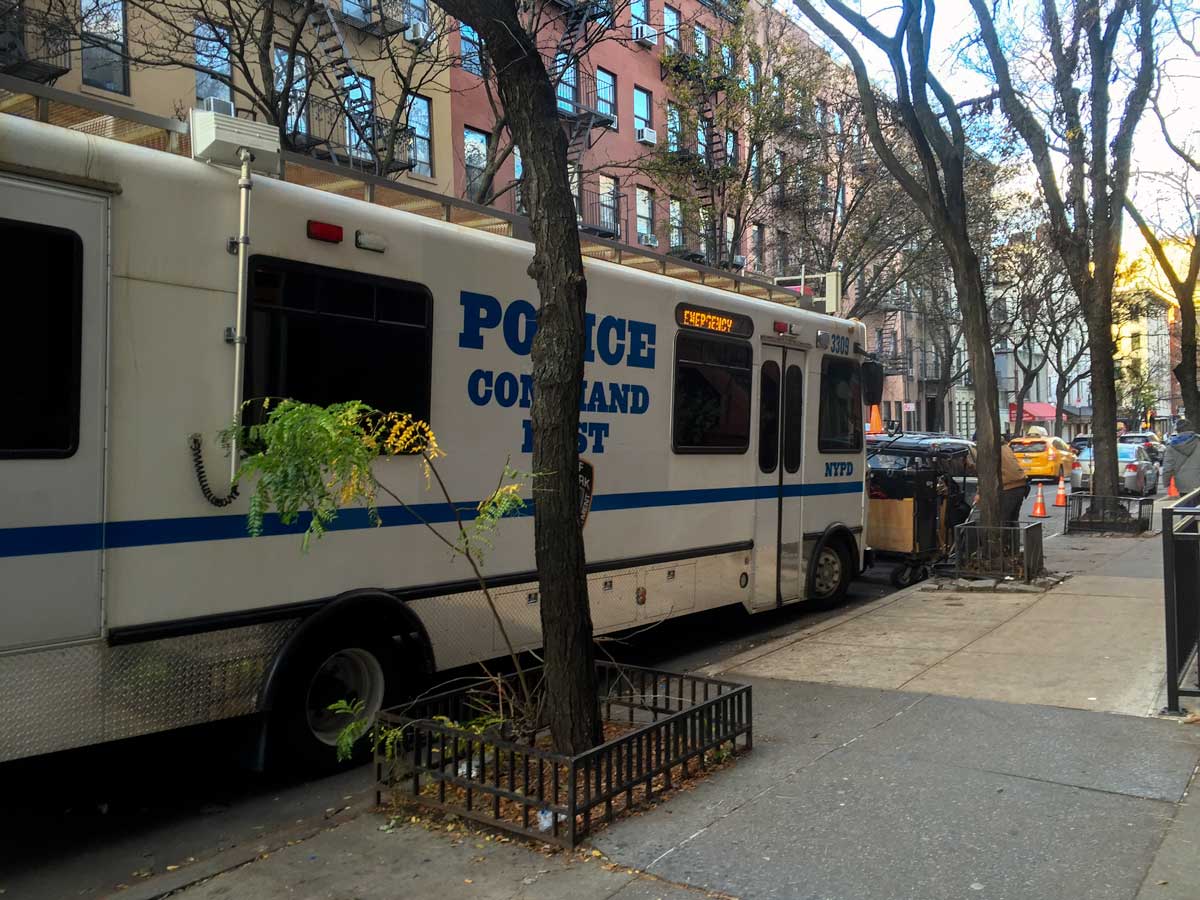 If you’ve watched enough Law and Order, NYPD Blues or Blue Bloods, you’d think your safety would be of the greatest concern here. When we first came as tourists we were quite wary because based on the sheer numbers of TV crimes committed, there would be every chance of tripping over a corpse while walking around Central Park’s rambles or being slashed on the morning commute. Gladly, it’s not anywhere near as dangerous as it was is the eighties and nineties. Sure, there are stabbings, slashing, slayings and random acts of terror. 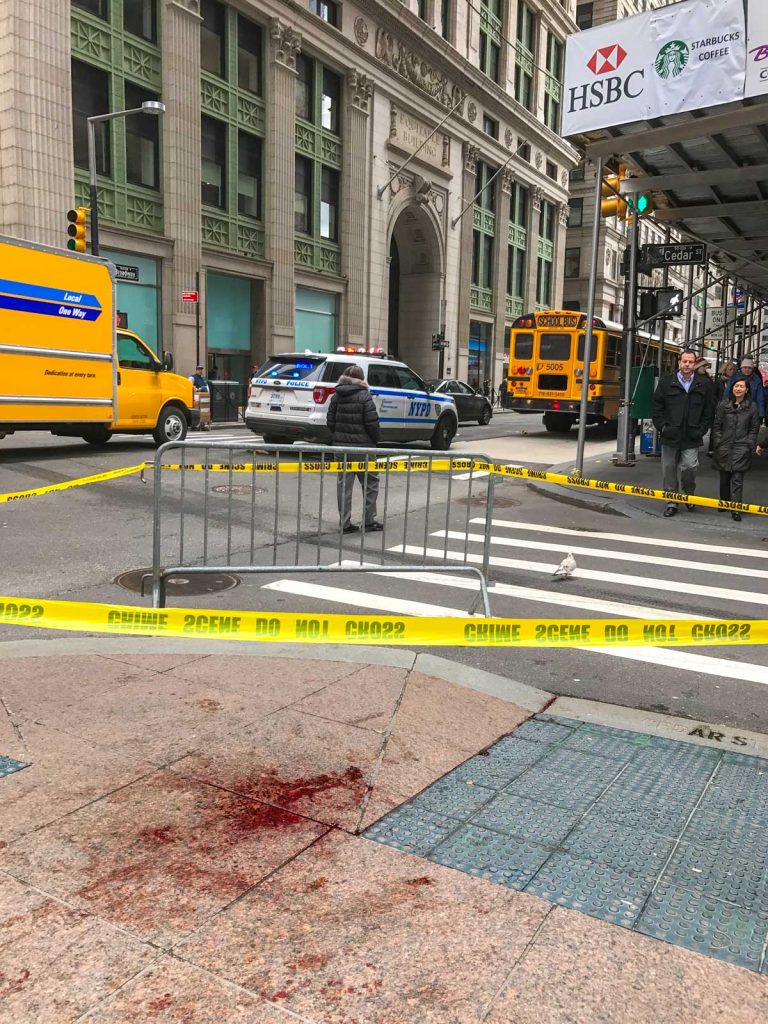 Yes, this is real blood. It was a stabbing on a school bus in the Financial District

It’s a huge city with people from all over the world and all walks of life trying to make it somehow work. With that, a major problem with poverty and homeless, mental health issues and the effects of the crack and opioid epidemic, you do need to be a little streetwise if you’re venturing beyond Manhattan and Brooklyn and queens’ gentrified neighborhoods. Here are some tips as to how to stay safe. 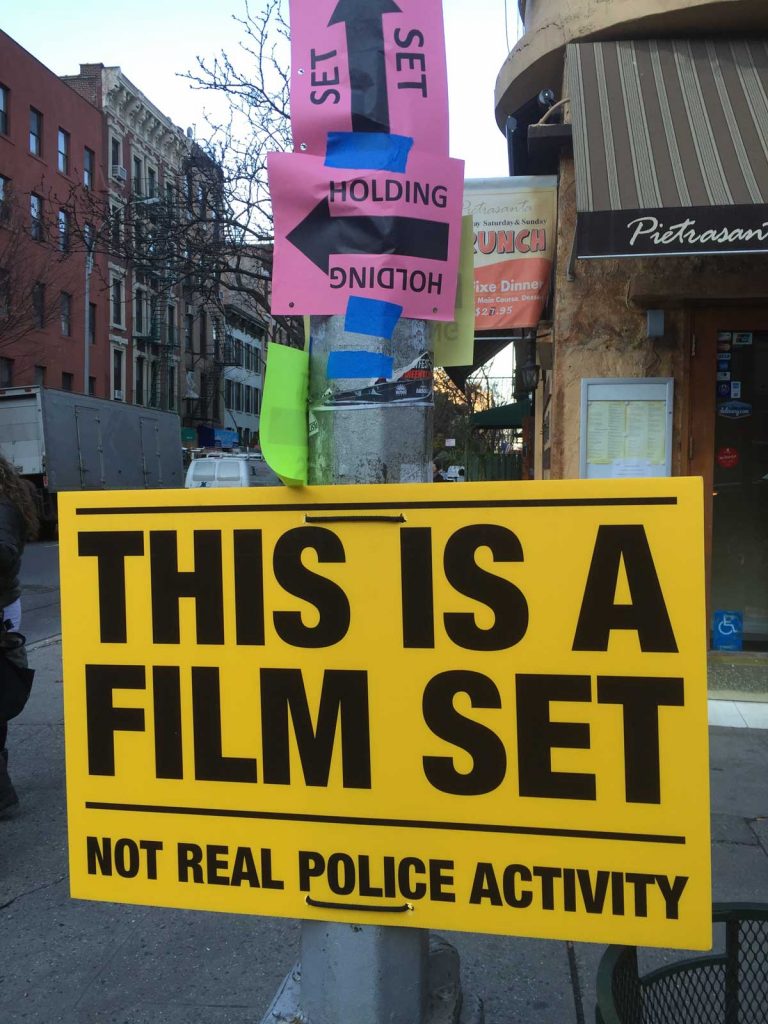 After about 2am, we wouldn’t be seen dead on a subway. That doesn’t mean you’ll get mugged, but it fills with homeless people looking for a warm place to sleep, really drunk or drugged up types, and the added risk of riding it when sleepy or intoxicated could mean you’re at worst, an easy target to have your mobile or wallet stolen and at best missing your station and ending up at the extreme end of an outer borough line. 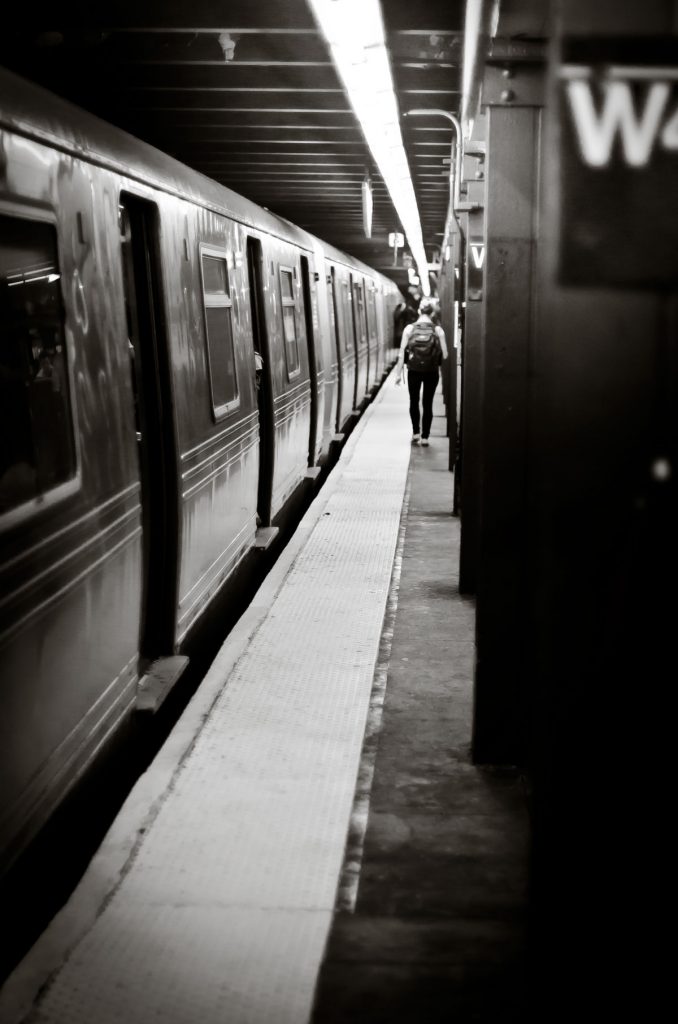 Identity theft is on the rise. From big corporations like Sony Playstation, Target and Adobe, to small time skimmers, our digital fingerprint is easier to duplicate than it is to crowbar open a front door. Every city has its risks. These are just higher in a bigger city with a more diverse demographic. The two areas of concern to always watch out for are ATM and Subway ticket machines. Normal = legitimate banking teller machines are generally worry free. You have to swipe or insert your card to get inside a secure area and all transactions are done under the watchful eye of surveillance cameras.
At the other end of the scale are the bodega ATMs. These are leased, stencil and graffiti-covered units found outside bars and convenience stores. Without the watchful eye of cameras, you risk being fleeced by card skimmers and the unscrupulous machine providers and their fees. Card skimmers take a scan of your card data and record your pin number from a hidden video camera. 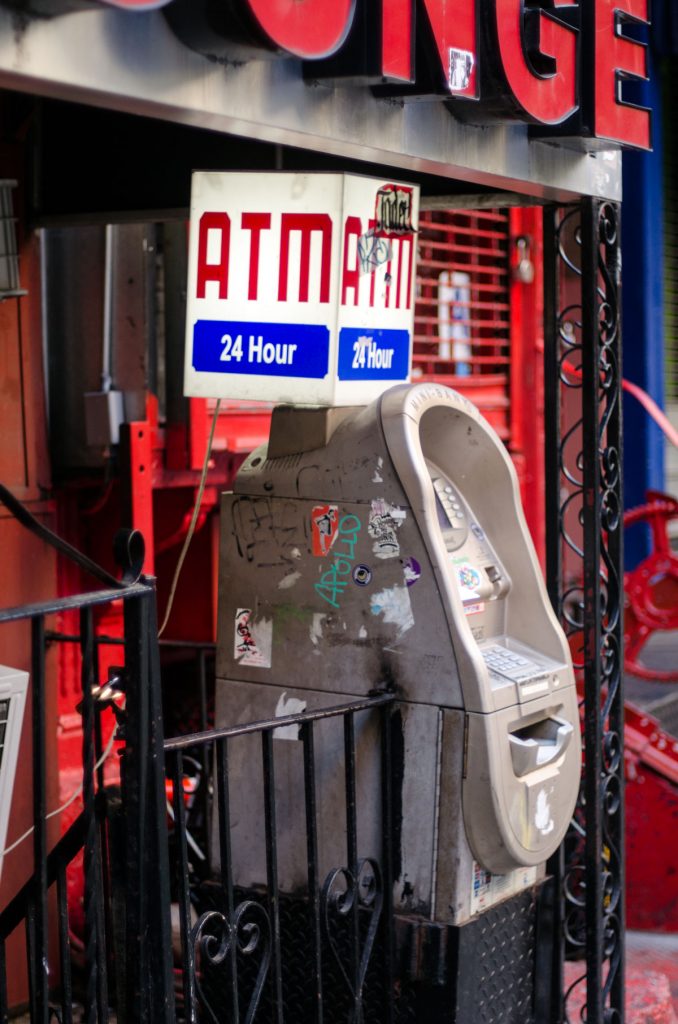 You only get one social security number with that new life in America, so protect your identity and always be wary of convenience over a known option, like using a proper bank’s facilities, no matter how drunk you are.

We’ve never had any issue with this (touch wood), but don’t leave yourself susceptible. Keep your purse or wallet close and not in your back pocket. Never leave your valuables unattended and be vigilant in peak tourist areas like around Macy’s, Times Square and Union Square. 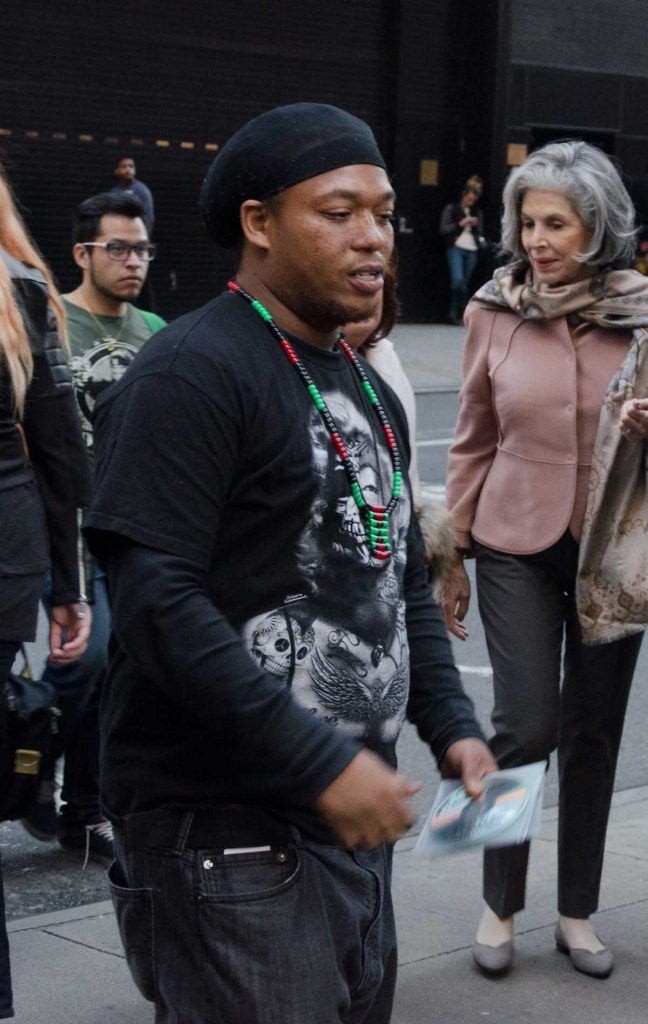 New York’s biggest scammers are the teens pushing burnt CDs of their ‘music’ onto unsuspecting tourists. They can be found around Times Square, Union Square and on Broadway in Soho. As people push past, they hold out their CDs like someone handing out flyers. Natural instinct is to take what they are passing. Bad move. They then push you to pay them a nominal fee for the ‘purchase’.  It’s a simple hustle, but few want to argue as the kids are quite tall and solid (and usually working the street as a gang). The simple lesson here is to avoid anything handed to you in crowds. If traveling with kids, make sure they know not to engage either. 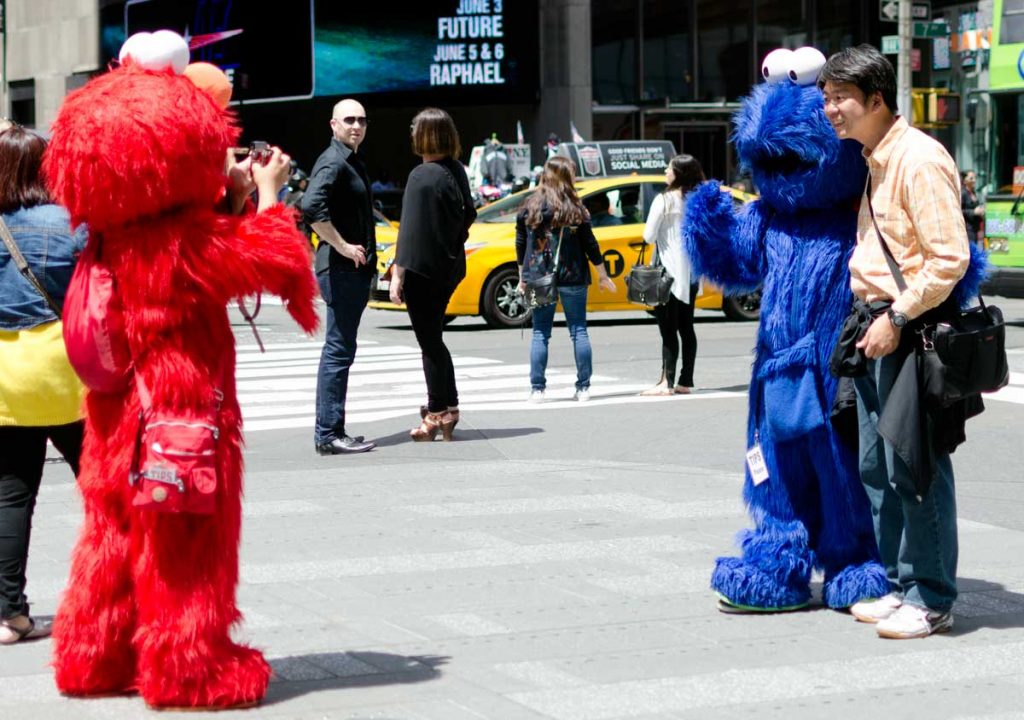 Super heroes are supposed to be the good guys. In recent years, they have gone from curio to pest with aggressive hustling for tips when unsuspecting tourists go take their kids’ photo with their favorite character. These scammers hope to get $5 from tourists for a photo and aren’t afraid to tell them in no uncertain terms. They are now restricted to only a couple of areas.