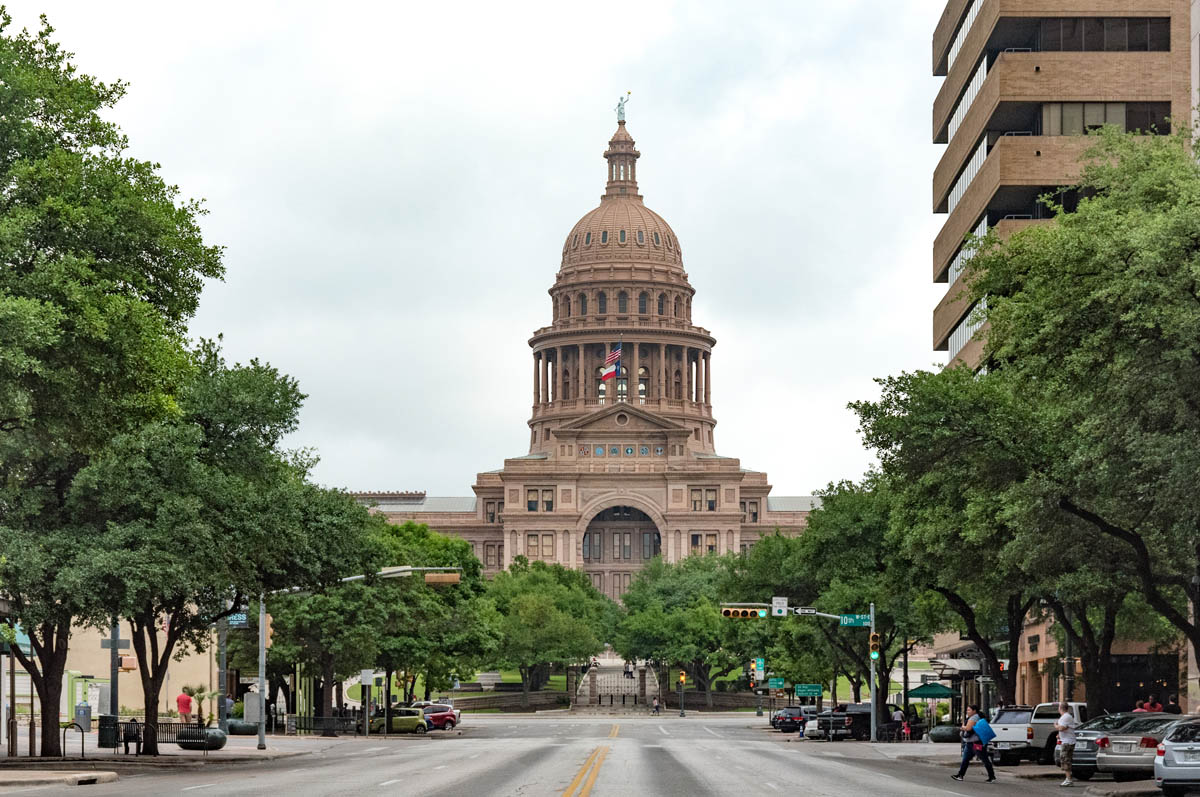 The Center of Power at Texas Capitol Building, Austin

The Capitol Building in Austin bears more than a passing resemblance to the Washington Capitol, but at Easter, it has more of a connection with the White House.

So Dallas Isn’t the Capital?

For foreigners (us included), the prominence of Dallas in media growing up had us thinking that it would be Texas’ capital city, but like New York, where the actual government center and official capital is in Albany, Texas’ hip city is also the seat of power. The Capitol Building was built in 1888, billed at the time as the “Seventh largest building in the world” – some claim to fame, huh? 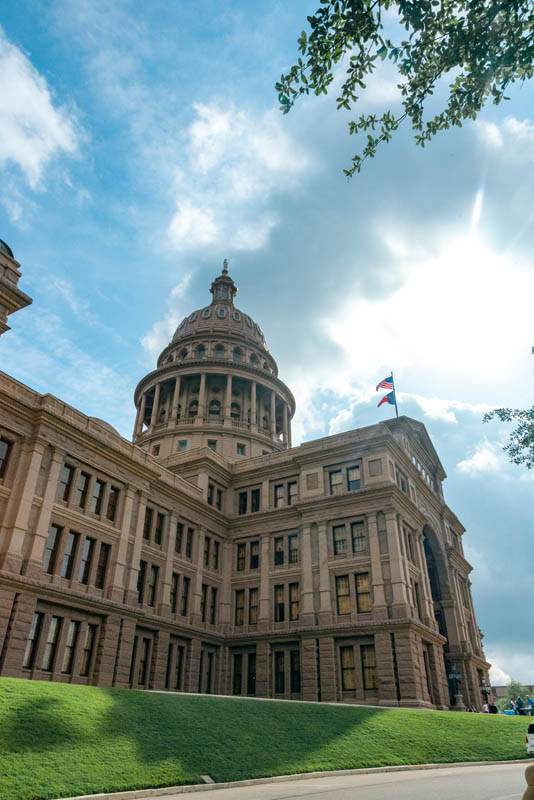 The Italian-Renaissance revival-style building was originally to be clad in local limestone, but its high concentration of iron led to a rusty discoloration. Instead of being a white limestone clone of the D.C. capitol, the architects chose to switch to sunset red granite that looks a pale pink from a distance, more befitting of the southern color pallet anyway. 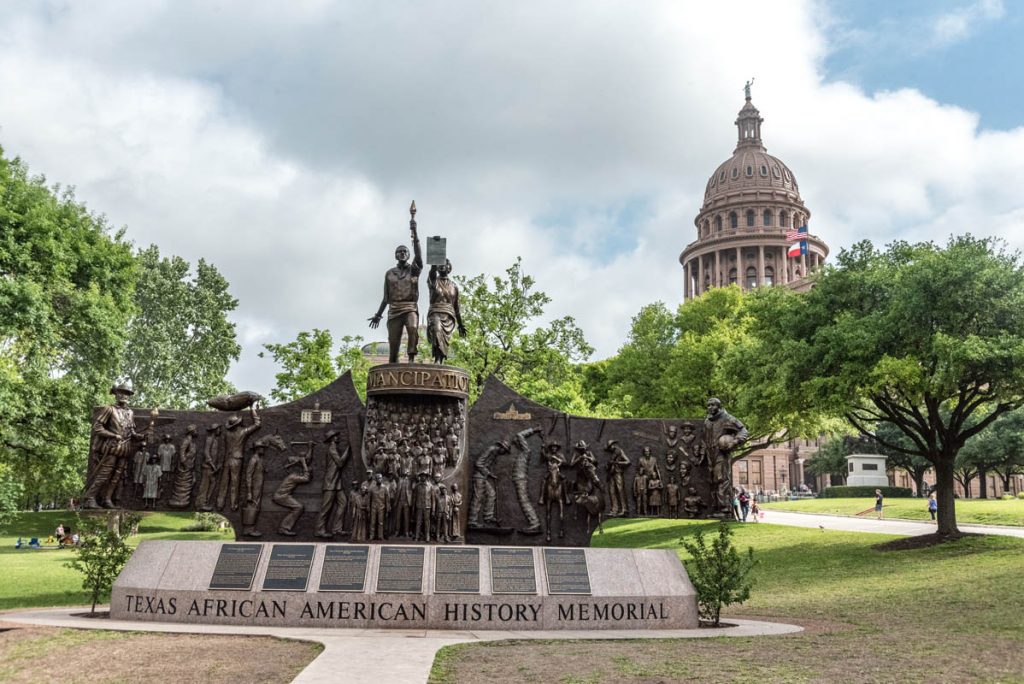 In the foreground of the capitol building is a striking memorial, the Texas African American History Memorial that commemorates and celebrates the struggle from Emancipation to recent achievements like the first African American astronaut, Guion Bluford. 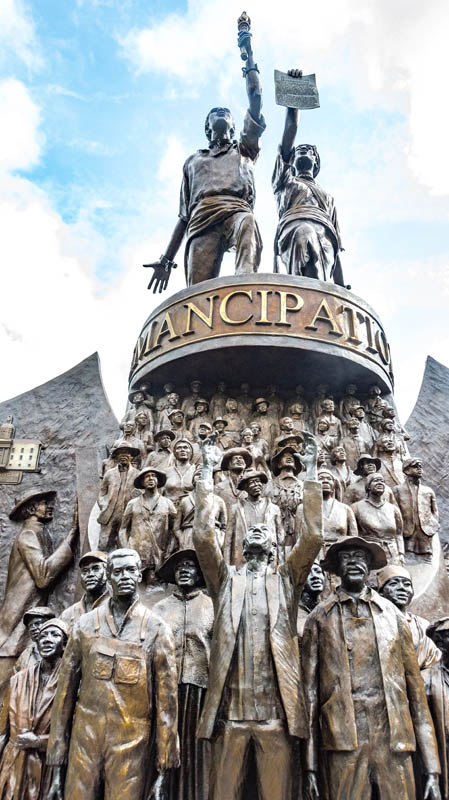 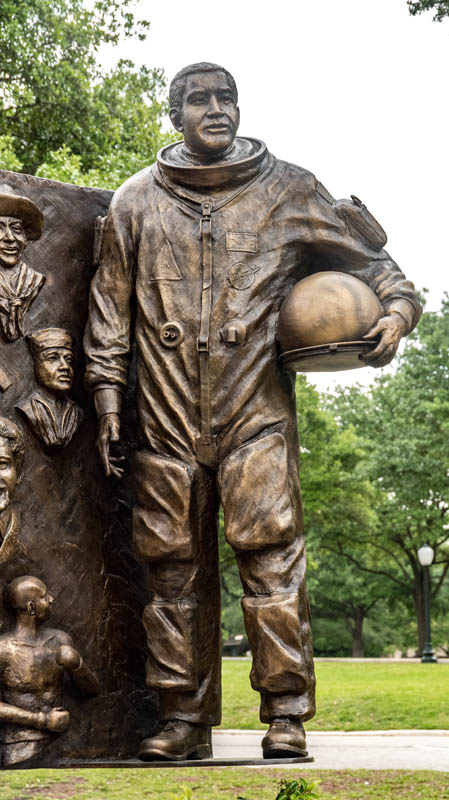 Easter Sunday at the Capitol, Austin

So what’s the connection with the White House on this particular Sunday? We happen to be in town for Easter and the lawns of the Capitol are bustling with young families. The actual building is closed for Easter Sunday but the state follows the White House’s tradition of welcoming children for the annual Easter Egg Roll. The tradition dates back to the 1870s under President Abraham Lincoln, when Abe held informal festivities on the Capitol’s west grounds. The tradition became so popular that President Ulysses S. Grant signed a bill that banned the roll citing concerns about damaging the landscaping – kill joy! 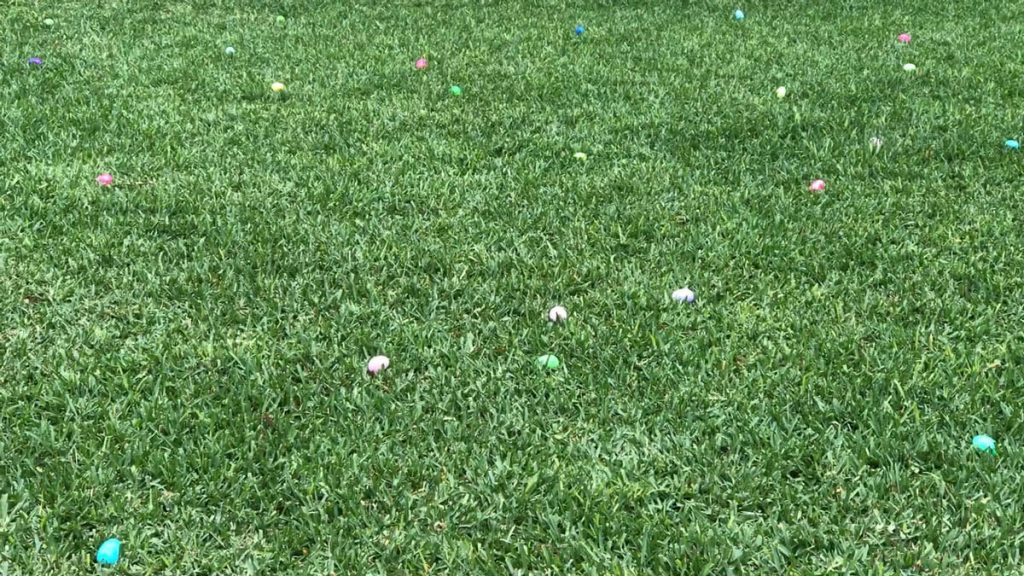 Thankfully in 1878, when a bold group of kids walked up to the White House gate, hoping to be allowed to play egg-rolling games there, President Rutherford Hayes told his guards to let the children enter. In Austin, the state retains the tradition of the roll happening on the lawns of the Capitol and today there are kids running everywhere, wielding wooden and plastic spoons, trying to paddle plastic eggs along narrow lanes of grass.

Further across the park, parents and volunteers are preparing Easter eggs hunts. In America, they don’t drop chocolate foil wrapped eggs. Instead they use hollow plastic eggs that they load with everything from candy and chocolate to little toys and even cash. There’s less risk of ants getting into the chocolate, but the size of the plastic shells make it the world’s simplest hunt. Nonetheless, everyone is having a great time and its refreshing in these days of heightened terror alerts to see a government stick to tradition and welcome citizens to enjoy the spirit of the holiday, regardless of religious affiliations or race.

The Capitol was closed for Easter Sunday but on any other day you can take a free tour of the Capitol building, no need to book in advance.

Texas’s Capitol Building dominates the Austin skyline as the state’s seat of power.