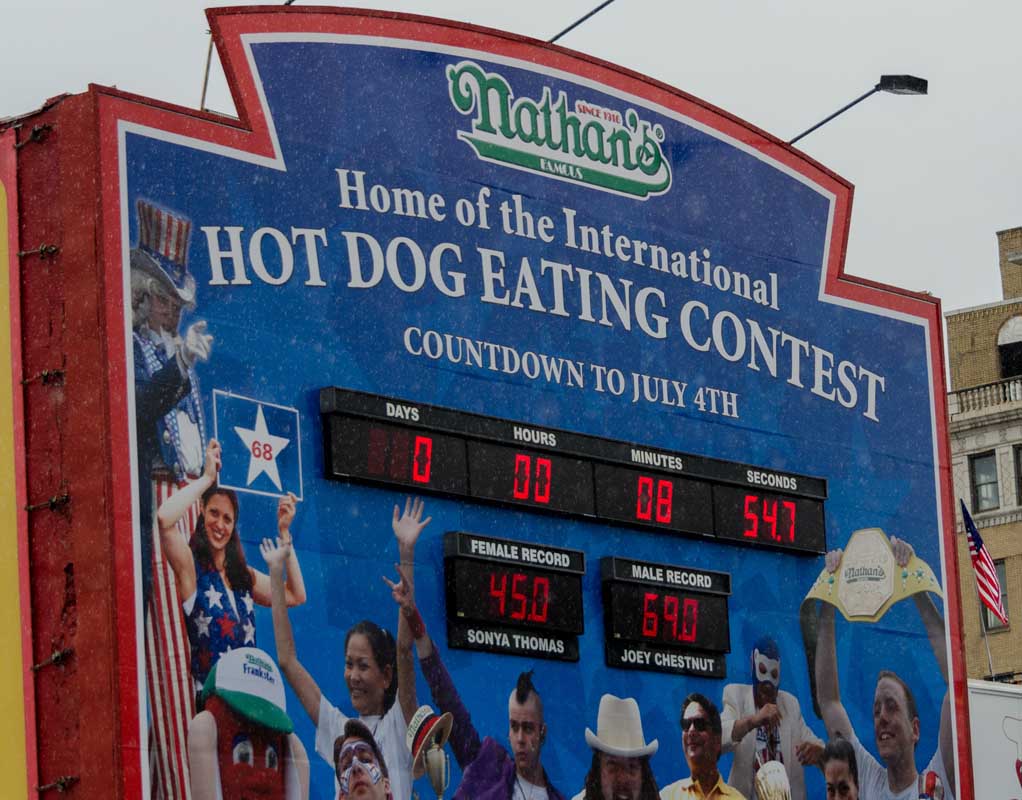 World class competitive decadence is a major draw to Coney Island on the 4th of July for the annual Nathan’s Hot Dog Eating Competition.

Americans are known for their love of a fair fight and their love of carbs. These come together perfectly once a year. Nathan’s is one of the original creators of the hot dog (there’s some conjecture between junk food historians) and their Coney Island location is original. Here, kosher sausages were first stuffed into a bread roll and drenched in ketchup and mustard.

To celebrate the red, white and blue and independence from traditional restaurants and the start of fast food, thousands come to watch a long table of 20 elite binge eaters try to stuff as many dogs into their mouths within ten minutes.

Officiated by the peak body for competitive eating (would you believe this?), Major League Eating, competitors can choose any drink to wash down the dogs within the time limit. The current record is by champion, Joey Chestnut who downed 70 dogs in the 10 minutes.

According to urban legend (and Wikipedia), the origins of the event date back to the 4th of July, 1916, when four immigrants held a hot dog eating contest at to settle an argument about who was the most patriotic of the four. The official competition has been running since 1972, with current champion, Chestnut winning 9 of the last 10 events.

Catch a D, F, N or Q MTA subway train and get out at the Coney Island station. From there it’s a two minute walk to Nathan’s. It’s one day only – July 4th each year. 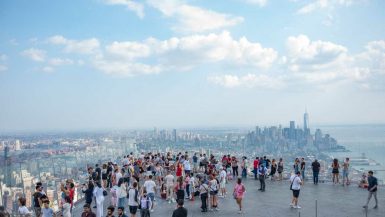 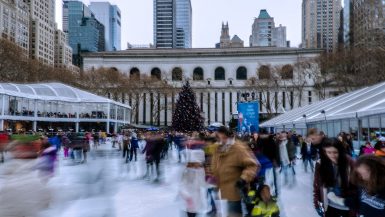 The countdown sign cracked me up when I visited Coney Island, only in America. I’ll admit Nathan’s hotdogs are good but I don’t think I’ll be attempting to break that record any time soon haha.

Yeah, we wouldn’t either. What was great was that they had a huge rapper come out before the competition to pump up the crowd, rapping ” It’s time to Eat!”

Oh, nonononono. I’m glad you went to report on this so I can pass 😉

It’s stupid fun and something that is such a culture shock to us non-Americans.

0
Reply
Close
Unsupported get request. Object with ID '17841403761344547' does not exist, cannot be loaded due to missing permissions, or does not support this operation. Please read the Graph API documentation at https://developers.facebook.com/docs/graph-api
This website uses cookies to improve your experience. We'll assume you're ok with this, but you can opt-out if you wish. Cookie settingsACCEPT
Privacy & Cookies Policy