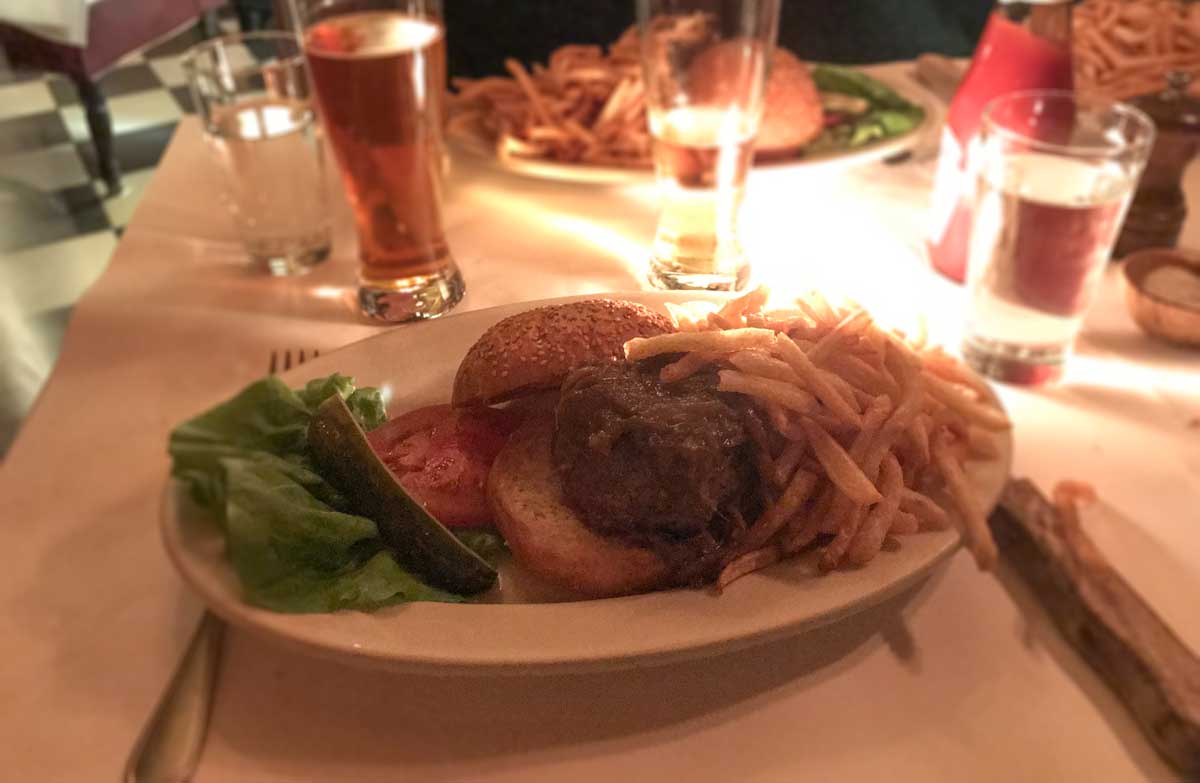 As Greenwich Village residents, the Minetta Tavern burger, the Black Label Burger has been something of local pride. The Italian tavern on a crowded corner of McDougall and Minetta in the heart of the village has been a fixture since 1937, back when the area was predominantly inhabited by Italian migrants and poor, struggling artists.

McDougall Street has long been the haunt of a litany of characters. Impoverished Sicilian families inhabited overcrowded tenements on it and the surrounding streets. Mafia hit men and a real life Godfather walked the pavement – even parts of the original Godfather were shot in the area. As the twentieth century progressed, the area gradually evolved.

From the 40s to 60s, the low-rent apartments and crime attracted creative types. From early beatniks to beat poets, the street’s cafes name-check Hemingway, Miles Davis, Jackson Pollock, and Jack Kerouac as regulars. The Minetta Tavern is one of the last remaining original sites and its character and history are celebrated and preserved within the mysterious facade, which shields its diners from the drunken bros and yellers promoting free comedy shows and buck beer happy hours outside.

A Blast From the Past

Inside, the Minetta Tavern is a time capsule. A well-stocked bar greets visitors just inside the door. The restaurant’s heritage and the fact that its unassuming frontage provides an anonymous escape for celebrities means that it’s always booked out. We are seated for dinner close to 11pm – and that’s after booking a month earlier.

The décor has a dated, weathered charm. Along the walls are vinyl booth-like seats under charcoal caricatures of past diners or press clippings and back and white photos of celebrity visitors. Most are from the fifties to the eighties, the golden age of Broadway and silver screen. Black and white tiles and simple tables and chairs keep the feel classic, yet timeless. Looking around, there’s no celebrities out tonight. Dining companions banter over business deals or make awkward tinder hook up chatter in the hope that it leads to a temporary respite from the loneliness only a big city can bring.

What we’ve really come to experience is the food. What makes a dated Italian restaurant worthy of a Michelin star? It’s all about the Black Label Burger. But before that, we order to share the roasted bone marrow with baguette soldiers and shallot confit and a serve of pork belly. The pork belly is moist and full of flavor, whereas the bone marrow is not to our tastes. 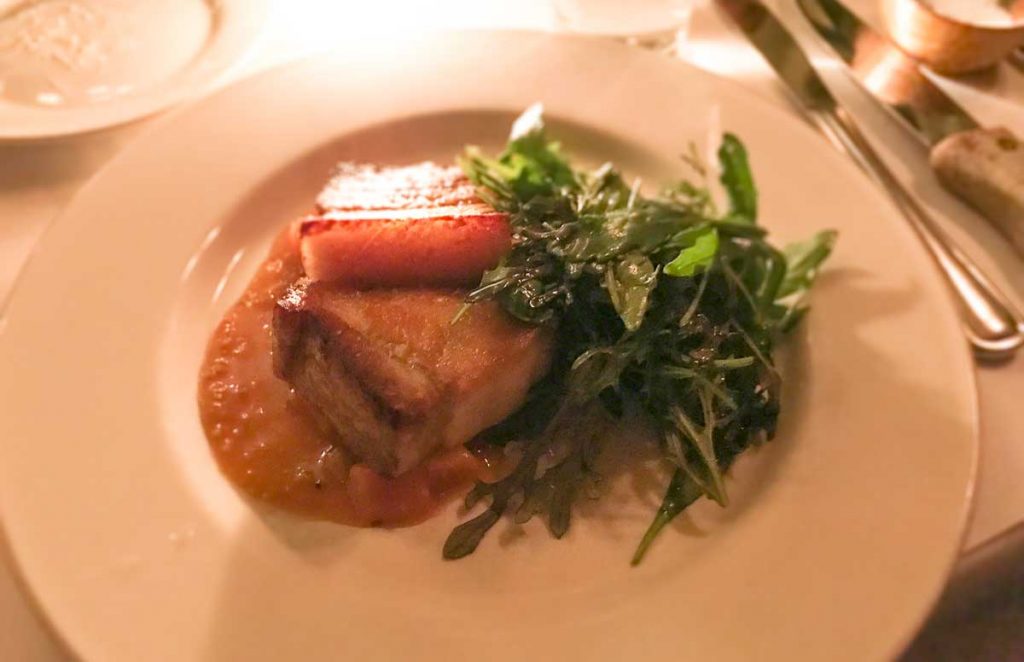 The Minetta Tavern burger everyone seeks is the Black Label Burger. It comes out presented as most American burgers are – deconstructed, with the salad set to the side and a large, medium rare mound of rich beef dominating the bun. Taking a bite, first impressions are…meh. It’s just a burger. Admittedly, we’re not the world’s biggest hamburger fanatics, preferring the Australian style which is more about the topping combination than the patty, but after having the bone marrow just prior to the burger, the bone marrow taste and texture pervades the giant mound of meat.

Overall, its been a positive experience. You certainly pay top dollar for the experience and the bill comes as a bit of a shock once those beers we normally buy at $6 (at the most) come in at $11 a bottle and the simple burger is closer to $40 when tax is added. But don’t let our opinions dissuade you. The Minetta Tavern has been there since 1937 and will probably still be there in 2037, so get in before it gets even more expensive.

The Minetta Tavern is in the heart of New York’s Greenwich Village at 113 MacDougal St, New York, NY 10012

Minetta Tavern books out months ahead. Try your luck here.

Great to see places like this open for so long and love all the history behind it.
The food sounds great love a good Pork Belly when it’s done right and moist.
Do like a good burger would love to try med / rare just how it should be