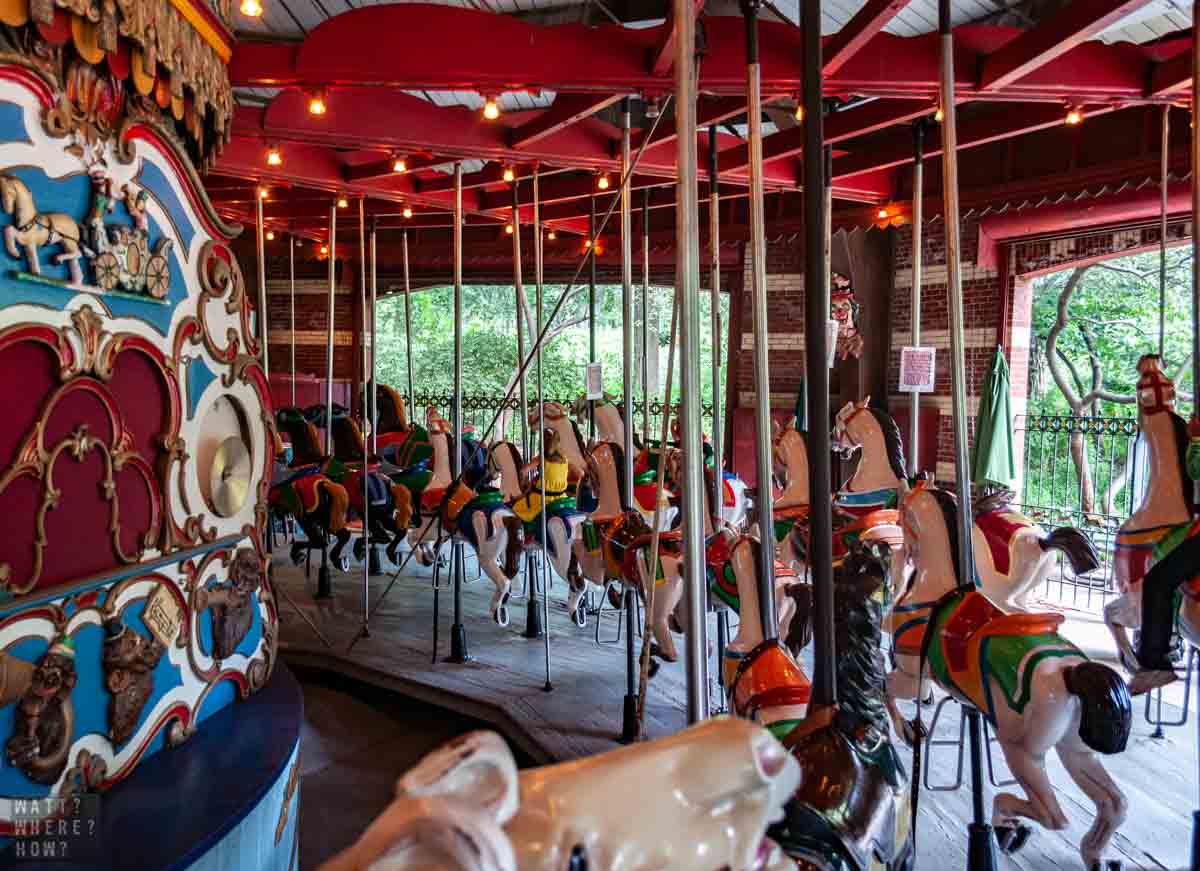 The Central Park carousel is a piece of living history, transporting you back to the end of the 19th Century as you ride a fine stallion accompanied by an original music box.

There’s a strange, stately majesty that collides with a spirit of childlike glee when one first sets eyes on a carousel. It could be the old, carved stallions and fillies or the fairground embellishments, but at no point am I in any way embarrassed when my wife insists that we must ride a carousel. So far, we’ve ridden ones in most international capitals and I’m sure it’s her mission to do the full world your before we turn geriatric.

With those amusement credentials revealed, we can guarantee that of the many merry-go-rounds we have ridden in our time, this one is the finest. Sure, the ones in Paris are placed in grander positions, but the charm, heritage and ambience of Central Park’s carousel wins hands down.

The Michael Friedsam Memorial Carousel is only a short way into the park, parallel with 65th Street. The third in the park since 1871, it sits on the site of two earlier ones that were both destroyed by fire. The current one dates back to 1951, but it is much older. Its inner parts were originally from a 1908 Coney Island carousel made by Stein and Goldstein and it features 57 hand-carved horses and two chariots.

The aged paint and bright circus artwork is charming, but the true highlight is the soundtrack provided by the genuine Ruth & Sohn organ. It plays classic tracks, not kid’s songs like Camptown Races, but hits of Abba and the like. Monkeys strike cymbals and aged old beaters hit real snares and bass drums. It’s equal parts charming and mesmerizing as you are hydraulically lifted up and down on your trusty steed.

At $3, a ride on the Michael Friedsam Memorial Carousel is one of New York’s cheap and charming experiences.

The Central Park Carousel or Friedsam Memorial Carousel is an early amusement ride that has entertained families since the 1870s.

Tickets can be purchased at the entrance to the ride. The carousel is closed during the winter months.