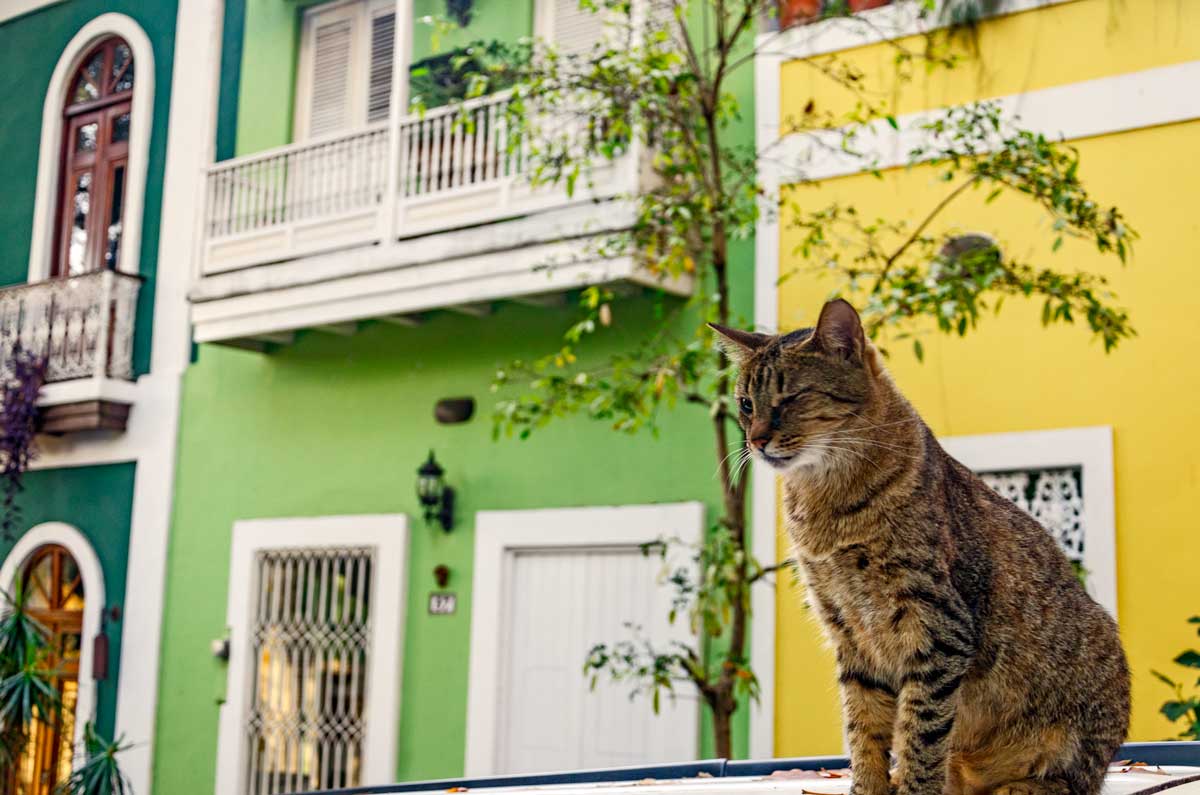 Old San Juan is a city with character and more than its fair share of cats roaming the streets.

In this world, there are cat people and there are dog people. If you’re a dog person who doesn’t like cats, Old San Juan could be your idea of a personal hell. If you’re a cat person, there’s no shortage. Old San Juan has a cat epidemic. Gingers, black cats, tortoise shells – this isn’t a place for Siamese, Russian Blues or other exotics, just a few hundred alley cats. 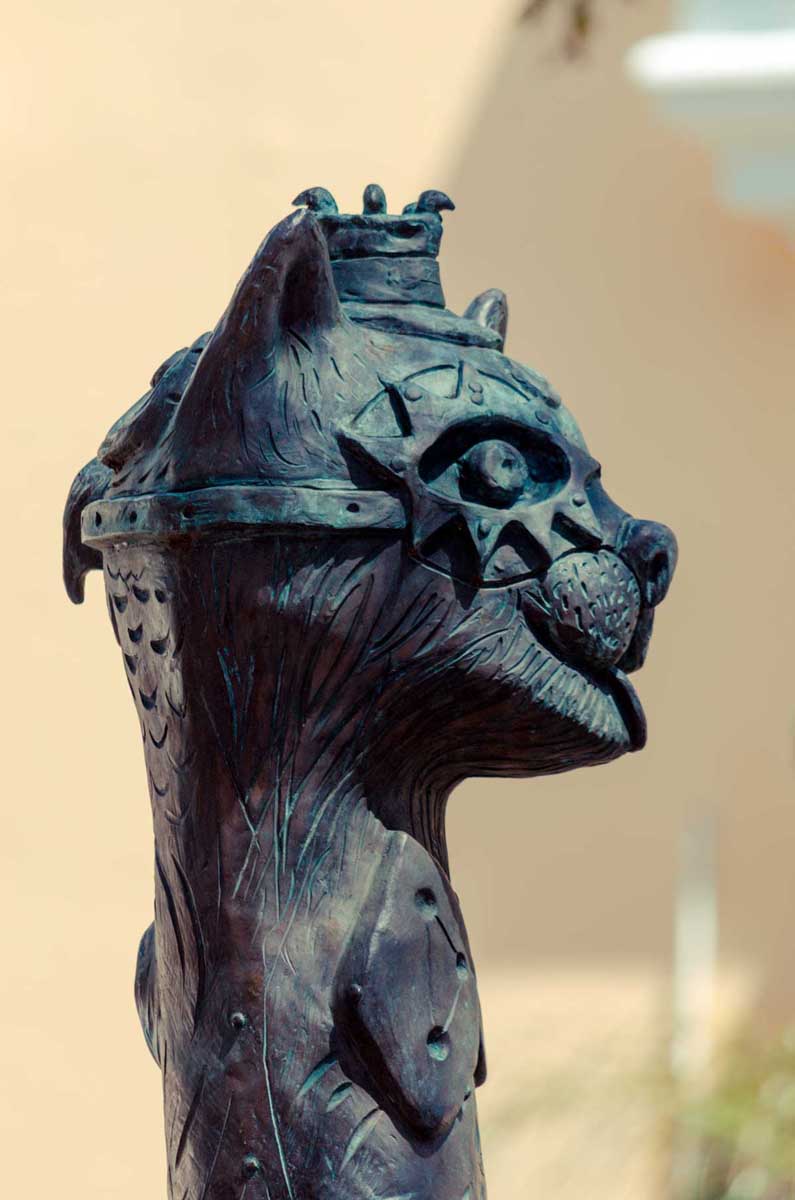 Cats were introduced to Puerto Rico to battle plagues of rats and other vermin. Many are direct descendants from their Spanish lineage. Now they’re as much a part of Old San Juan as the colorful buildings and city walls. With that comes plenty of attitudes, lying around sleeping, fleas and stench. Around the epicenter of activity (or more to the point, inactivity), Callejon Hospital, the odor of kitty waste is almost unbearable, with the heat baking it into the blue cobblestones and stucco porticos.

Rather than cull the population, a charity has been established, Save A Gato, a group of volunteers who use cat lovers’ generous donations to feed, trap, neuter, immunize and return the cats to the sleepy streets. To track domestics versus strays, those who have been neutered by Save A Gato have a small piece of their ear trimmed, adding to their mangy charm.

Tourists are advised not to feed the cats. Instead, there are donation tins where people can make a positive (read: financial) contribution to Save A Gato so they can keep doing their good work and keeping the cats (and rats) under control.

Puerto Rico is home to hundreds of stray cats.

Help the locals to look after the cats by donating at Save a Gato.

A Long Weekend in Puerto Rico Itinerary - The Traveler's Lounge

[…] path, Paseo del Morro. This is a beautiful sea level path, where you might spot some of the many cats that roam Old San Juan. If you have the time after, perhaps visit a few other historic spots on San Juan or visit the […]