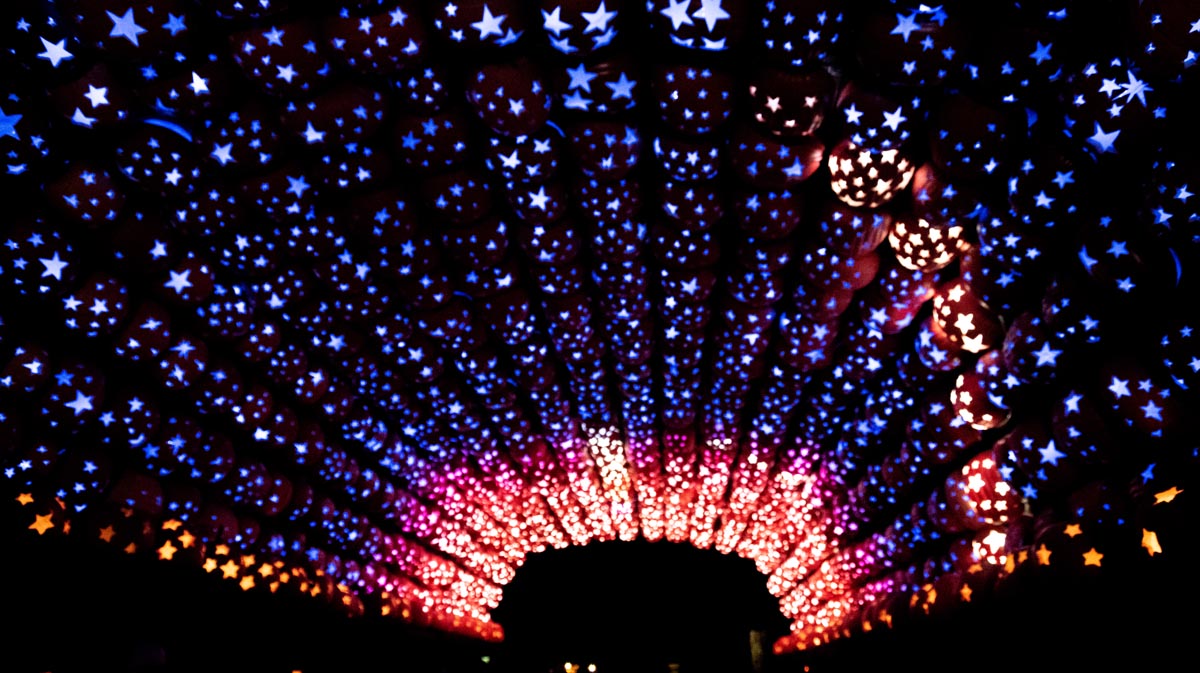 Best things to do in fall in New York City

Read below for full details, or why not experience fall in New York City in all its splendor on this video wrap! (we’d love for you to give it a like and a subscribe so we can share more content as we go!)

What is the temperature in Autumn in New York?

Fall in New York City is a time when the temperature can go to extremes of warmth, or plummet to below zero Celsius – especially when the brutal November winds hit. Unlike some countries, like Australia, where the seasons fall on calendar dates, the seasons in North America change to the moon cycle, meaning that the last day of autumn/fall is December 21 – placing it into the holiday season. That also means that you’re operating from the highs of summer to the potentially snowy end of the spectrum in mid-December.

What to wear during in Autumn in New York?

If you plan on a trip to New York City in the autumn months, it’s important to dress for the season. There are major differences between the temperatures at the end of September and early December. You may find yourself still in summer clothes after Labor Day (the unofficial end of summer). In fact, there’s every chance that the weather will be perfect at these times of the annual baseball playoffs – and you may still be able to go swimming.

Pack a light jacket or sweater or two, darker garments (as there’s a weird tradition about not wearing white after Labor Day), going out clothes for outdoor or rooftop bars and dining, and hiking clothes – why? Because the weather is perfect for exploring out of the city, hunting for antiques in cute towns, climbing scrambles for Hudson Valley views, and stomping around muddy orchards on the hunt for apples.

In late October, you’ll start to feel a chill in the evening air and early morning, coinciding with the leaves beginning to turn into bright yellows, rich reds, and warm orange hues. Come November, it’s a lottery in terms of temperatures. You can have days with no need for sweaters, cardigans, or light coats, and then other moments when you have to prematurely get the heavy winter jackets, coats, and even thermal undergarments out.

We’ve had days in November with snow before, but it’s December where there’s a slight chance for flurries or even an early blizzard. Fall in New York City is the best time of the year to visit, but don’t come to the city expecting the worst and wear your bulky jackets everywhere – the secret to this time of the year is layering.

Where to see the best fall foliage

The autumn leaves start to change as early as the first week of October. Annually, you’ll find websites like TimeOutNY publishing peak foliage maps. Generally speaking, the Hudson Valley, two hours north of the city will have turned by mid-October, peaking around Halloween. The change into peak fall in New York City is usually 10 to 14 days behind this.

The best places close to New York City to see fall foliage in all its glory are Cold Spring, Beacon, and by taking either a fall foliage boat ride up the Hudson or the Metro-North Hudson Line, which skirts the glacial escarpments, offering a prime viewpoint to see the riverbanks ablaze with color.

The easiest to get to and the most impressive place to view New York City in all its autumn glory is Central Park. You won’t have to walk too far to see the best vantage points. Enter via the 59th Street and 5th Avenue Grand Army Plaza entrance and head immediately left to see the Manhattan skyscrapers rising above The Pond and the classic stone of the Gapstow Bridge.

Your next stop should be The Mall, which never disappoints, with its ornate statues of literary greats, the old bandstand, and the steps down to the Bethesda Terrace and Fountain. Here, you can capture incredible shots of the fountain, the Bow Bridge, and the Rambles – dense woodlands of birdlife and crunchy golden autumn leaves.

Cross the Bow Bridge and wander the pathways through old arches and up and down winding routes that look back over The Lake to the sublime Central Park West heritage apartments.

Wander north over the 79th Street Transverse to the Turtle Pond and discover the 19th-century folly, the Belvedere Castle. It’s the last thing you’d expect to find in the middle of a concrete jungle, yet it stands proudly both as a focal point, and a place to see incredible views of the expansive parklands. Fall in New York City in its peak color change is truly amazing.

And while you can easily lose a whole day wandering Central Park, the other place to visit for its history and foliage is the very north of the park, in the North Woods. Within this scrubby section of the park, you’ll find an original fortress dating back to the early 1800s – used as a defensive position against the British forces.

Head over to Brooklyn to Prospect Park, a green space that is almost as impressive as Central Park in size and in its diversity of spaces. Stop by the Brooklyn Botanical Gardens to see the foliage by the Japanese Garden before heading into the park. Our favorite go-to is around the Prospect Park Lake, the LeFrak Center, and the Prospect Park Boathouse.

Situated right in the heart of Manhattan, in Greenwich Village, Washington Square Park is a landmark that needs to be felt, not just seen. It’s where real New Yorkers hang out, making it a perfect place to sit back with a coffee (our local recommendations are Stumptown Roasters on 8th or Madmen Espresso on University Place. The park is bustling with live buskers, skateboarders, activists, and NYU students – just like it has been since the beatnik days of the 1950s, where beat poets, folk singers, and Bohemians chose to meet.

The Washington Square Park fountain stays flowing until December, which with the changing autumn color makes it a great place to savor fall in New York City. In the holiday season, a Christmas tree is erected under the arch. During our first year living in NYC, it snowed on the night of the tree lighting and carols, making for an unforgettable early-December moment we’ll forever cherish.

Top things to do in New York in fall/autumn

2020 screwed up pretty much every noteworthy event on the annual calendar, but in its peak, when things are back to normal, it’s a whole different experience. See the latest and greatest Broadway shows, dance up 6th Avenue, see rock legends and sporting stars at Barclays Center and Madison Square Garden, go upstate for a boozy Octoberfest feast, dine with celebrity chefs in top restaurants, and join the locals on one of those long brunches. These are some of the highlights of the fall calendar:

ComicCon is a gathering of cosplay nerds, gamers, pop-culture fanatics, and celebrities descend upon the Javits Center for an epic festival of comics and culture.

Boo in the Zoo

The Bronx Zoo throws an annual family-friendly night where you can meet the animals after dark. The annual Halloween-themed event runs between October 1 and November 1, with pumpkin carving, magicians, and an extinct animal graveyard. Learn more here.

Take a cruise up the Hudson River to see the region’s amazing natural beauty and autumn leaves. The rock palisades tower from their glacial past, with colorful foliage ablaze along the banks and escarpments. Some of the boats only go to around Bear Mountain, but others head up towards Kingston, passing the ruins of the Bannerman Castle.

The annual Halloween parade is the ultimate party, welcoming anyone in costume to join the fun of dancing up the Avenue of the Americas to an adoring crowd. Access is from the bottom of Thompson Street, Soho.

Easily one of the most dog-friendly cities around, every person and their dog descends on Thompkins Square Park in the East Village for a fancy dress competition like no other.

The city responsible for breaking some of the biggest names in comedy throws a series of shows and soirees in basement clubs and major auditoriums, attracting world-renowned stars.

Each Thanksgiving Day, over 80 gigantic inflatables and thousands of performers march across the city, ushering in the start of the holiday season. The annual Macy’s Thanksgiving Parade winds down from its mustering point by the Museum of Natural History on the Upper West Side to Macy’s on 34th Street.

As autumn gets to its chilly culmination, the Bryant Park Winter Village brings the holiday spirit to midtown Manhattan with great food and holiday gifts for sale. Skate on the rink for free if you own your own ice skates or hire them from the Bank of America stand.

From the end of November each year, holiday markets become a fixture at Union Square and Columbus Circle. In 2020, they won’t be present, but you can still buy your fill of holiday fare at the normal Union Square Farmer’s Market.

Sports Season is a season in its own right, NFL and NCAA college football kicks off with matches out in New Jersey, while the soccer, basketball, and ice hockey seasons commence, with games at Madison Square Garden, the Barclays Center, and the Nassau Colosseum. The New York Knicks, The Nets, The Jets, The Giants, NYCFC, The Islanders, and The Rangers are all excellent experiences to see live.

Fall in New York City is one of best times of the year to see the city at its best, without the sweaty summer humidity, brutal winter temperatures, and briskness of spring – plus it’s the start of the holidays, so you’ll get people in their best moods – it’s truly a great time to visit.

Ahhh! Ross Noble! I’ve seen him twice in Sydney and laughed so much that I started worrying about getting air to my lungs. We have to visit New York again during comedy festival time (assuming we’re covid-free by then).

I always thought I wanted to visit New York for New Years Eve. However, after reading your post, you’ve convinced me that I need to visit in Fall. Your photos are stunning too and our family would love the added bonus of the Halloween Parade.

Thank you Wendy – truly lovely. Yes, we recommend autumn and Christmas can be special (though we have never been here for an actual white Christmas). The whole Times Square New Years Eve thing is a horror show unless you’re prepared to pay $300+ (base level) to sit in a bar or restaurant, otherwise you have to arrive around lunch, can’t leave to go to toilets etc – people literally wear nappies. Hard pass.

Central Park looks beautiful in the Fall will make sure to visit this time of year.

definitely the prettiest time – though after a blizzard it is a wonderland.